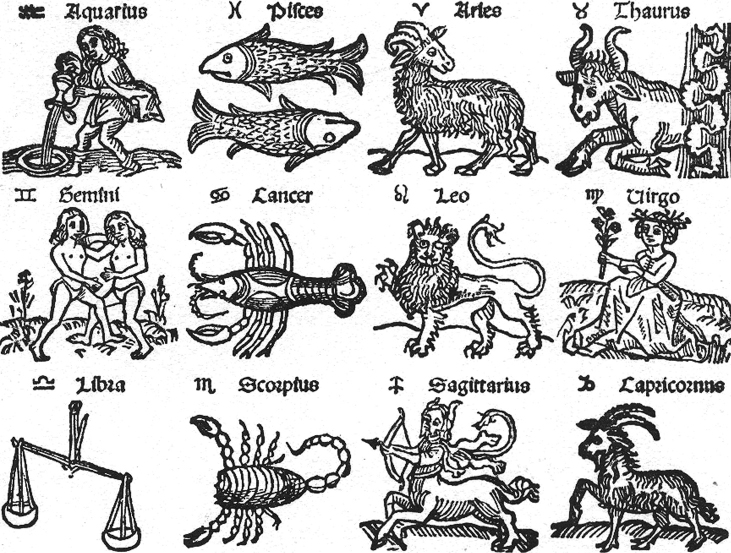 Figure 2.15 Zodiac Signs. The signs of the zodiac are shown in a medieval woodcut.

Many ancient cultures regarded the planets and stars as representatives or symbols of the gods or other supernatural forces that controlled their lives. For them, the study of the heavens was not an abstract subject; it was connected directly to the life-and-death necessity of understanding the actions of the gods and currying favor with them. Before the time of our scientific perspectives, everything that happened in nature—from the weather, to diseases and accidents, to celestial surprises such as eclipses or new comets—was thought to be an expression of the whims or displeasure of the gods. Any signs that helped people understand what these gods had in mind were considered extremely important.

The movements of the seven objects that had the power to “wander” through the realm of the sky—the Sun, the Moon, and five planets visible to the unaided eye—clearly must have special significance in such a system of thinking.

Most ancient cultures associated these seven objects with various supernatural rulers in their pantheon and kept track of them for religious reasons. Even in the comparatively sophisticated Greece of antiquity, the planets had the names of gods and were credited with having the same powers and influences as the gods whose names they bore. From such ideas was born the ancient system called astrology, still practiced by some people today, in which the positions of these bodies among the stars of the zodiac are thought to hold the key to understanding what we can expect from life.

The Beginnings of Astrology
Astrology began in Babylonia about two and half millennia ago. The Babylonians, believing the planets and their motions influenced the fortunes of kings and nations, used their knowledge of astronomy to guide their rulers. When the Babylonian culture was absorbed by the Greeks, astrology gradually came to influence the entire Western world and eventually spread to Asia as well.

By the 2nd century BCE the Greeks democratized astrology by developing the idea that the planets influence every individual. In particular, they believed that the configuration of the Sun, Moon, and planets at the moment of birth affected a person’s personality and fortune—a doctrine called natal astrology. Natal astrology reached its peak with Ptolemy 400 years later. As famous for his astrology as for his astronomy, Ptolemy compiled the Tetrabiblos, a treatise on astrology that remains the “bible” of the subject. It is essentially this ancient religion, older than Christianity or Islam, that is still practiced by today’s astrologers.

The Horoscope
The key to natal astrology is the horoscope, a chart showing the positions of the planets in the sky at the moment of an individual’s birth. The word “horoscope” comes from the Greek words hora (meaning “time”) and skopos (meaning a “watcher” or “marker”), so “horoscope” can literally be translated as “marker of the hour.” When a horoscope is charted, the planets (including the Sun and Moon, classed as wanderers by the ancients) must first be located in the zodiac. At the time astrology was set up, the zodiac was divided into 12 sectors called signs (Figure 2.15), each 30° long. Each sign was named after a constellation in the sky through which the Sun, Moon, and planets were seen to pass—the sign of Virgo after the constellation of Virgo, for example.

Astrology Today
Astrologers today use the same basic principles laid down by Ptolemy nearly 2000 years ago. They cast horoscopes (a process much simplified by the development of appropriate computer programs) and suggest interpretations. Sun sign astrology (which you read in the newspapers and many magazines) is a recent, simplified variant of natal astrology. Although even professional astrologers do not place much trust in such a limited scheme, which tries to fit everyone into just 12 groups, sun sign astrology is taken seriously by many people (perhaps because it is discussed so commonly in the media).

Today, we know much more about the nature of the planets as physical bodies, as well as about human genetics, than the ancients could. It is hard to imagine how the positions of the Sun, Moon, or planets in the sky at the moment of our birth could have anything to do with our personality or future. There are no known forces, not gravity or anything else, that could cause such effects. (For example, a straightforward calculation shows that the gravitational pull of the obstetrician delivering a newborn baby is greater than that of Mars.) Astrologers thus have to argue there must be unknown forces exerted by the planets that depend on their configurations with respect to one another and that do not vary according to the distance of the planet—forces for which there is no shred of evidence.

Actually, very few well-educated people today buy the claim that our entire lives are predetermined by astrological influences at birth, but many people apparently believe that astrology has validity as an indicator of affinities and personality. A surprising number of Americans make judgments about people—whom they will hire, associate with, and even marry—on the basis of astrological information. To be sure, these are difficult decisions, and you might argue that we should use any relevant information that might help us to make the right choices. But does astrology actually provide any useful information on human personality? This is the kind of question that can be tested using the scientific method (see Testing Astrology).

The results of hundreds of tests are all the same: there is no evidence that natal astrology has any predictive power, even in a statistical sense. Why, then, do people often seem to have anecdotes about how well their own astrologer advised them? Effective astrologers today use the language of the zodiac and the horoscope only as the outward trappings of their craft. Mostly they work as amateur therapists, offering simple truths that clients like or need to hear. (Recent studies have shown that just about any sort of short-term therapy makes people feel a little better because the very act of talking about our problems with someone who listens attentively is, in itself, beneficial.)

MAKING CONNECTIONS
Testing Astrology
In response to modern public interest in astrology, scientists have carried out a wide range of statistical tests to assess its predictive power. The simplest of these examine sun sign astrology to determine whether—as astrologers assert—some signs are more likely than others to be associated with some objective measure of success, such as winning Olympic medals, earning high corporate salaries, or achieving elective office or high military rank. (You can devise such a test yourself by looking up the birth dates of all members of Congress, for example, or all members of the U.S. Olympic team.) Are our political leaders somehow selected at birth by their horoscopes and thus more likely to be Leos, say, than Scorpios?

You do not even need to be specific about your prediction in such tests. After all, many schools of astrology disagree about which signs go with which personality characteristics. To demonstrate the validity of the astrological hypothesis, it would be sufficient if the birthdays of all our leaders clustered in any one or two signs in some statistically significant way. Dozens of such tests have been performed, and all have come up completely negative: the birth dates of leaders in all fields tested have been found to be distributed randomly among all the signs. Sun sign astrology does not predict anything about a person’s future occupation or strong personality traits.